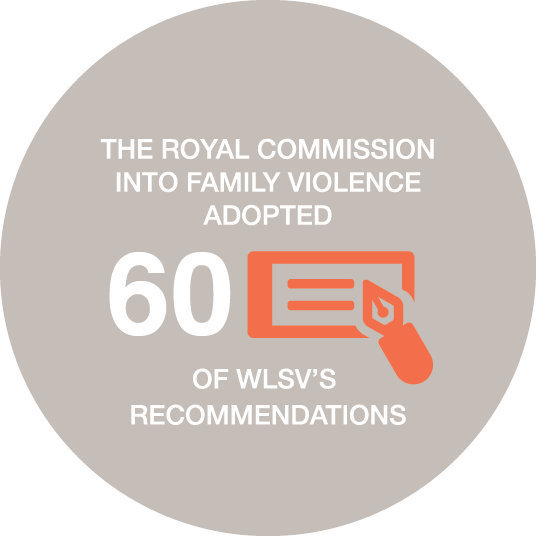 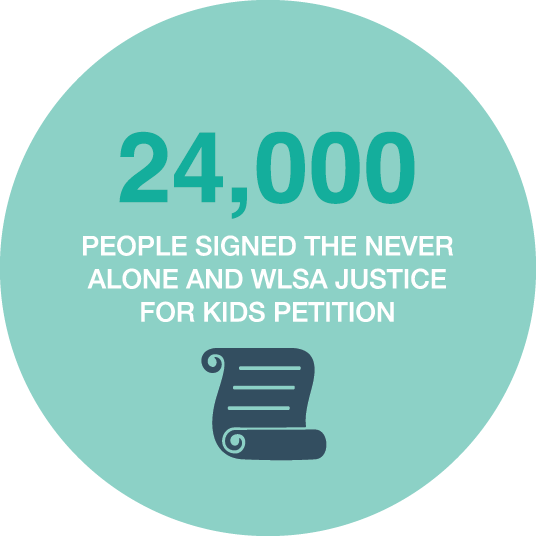 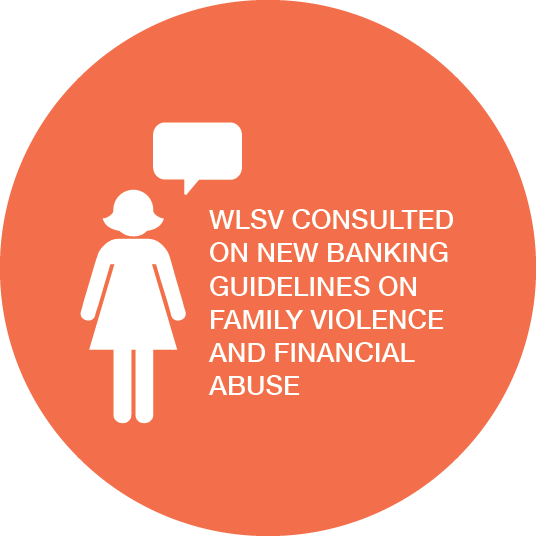 Home What we doEffecting Change

“We cannot thank you enough for your support and professional service you provided us. Thank you for making us a family again. Forever grateful.”

This year Women’s Legal Service Victoria (WLSV) has played an important role in setting the agenda in family violence and family law reform both in Victoria and nationally. Every year we assist over 3000 women in Victoria and it is their experiences that guide our advocacy for change in the legal system and wider community.

In March, the Royal Commission into Family Violence (RCFV) handed over its 1900 page final report to the Victorian Government. If fully and soundly implemented, we believe the report will change the family violence landscape profoundly in Victoria. A significant number of recommendations made by the report reflect WLSV’s three submissions, including recommendations for restorative justice measures and increased safety in the courts. It was clear from the report that WLSV’s expertise as family violence lawyers working in the Magistrates’ Court and in the areas of economic wellbeing (underpinned by the Stepping Stones report) informed and guided the recommendations.

WLSV continues to provide our expertise to government as it prepares to implement the recommendations of the Royal Commission. Our CEO Joanna Fletcher is a member of the new Victorian Family Violence Steering Committee (FVSC), established by Fiona Richardson, Minister for Prevention of Family Violence.  The FVSC brings together victims, police, courts and the state’s peak and specialist service groups to work with the Victorian Government to overhaul the family violence system.

At a national level, WLSV set the political agenda in the lead up to the federal election with a campaign to achieve safety for women and children in family law. WLSV’s policy manager, Pasanna Mutha-Merennege, led the development of a five point plan on behalf of Women’s Legal Services Australia (WLSA) to put safety first in the family law system.

In June 2016, WLSA partnered with Rosie Batty’s Never Alone campaign to lobby the major parties to accept WLSA’s plan. The campaign received a meteoric response, with Rosie appearing across national media, including at a dedicated national press club address. The campaign was launched in a press conference, with WLSV facilitating the conversation, where Rosie presented Senator Michaelia Cash (Liberal), Senator Claire Moore (Labor) and Senator Richard Di Natale (Greens) with a petition signed by more than 20,000 Australians in support of the WLSA plan.  That number continues to grow as more and more Australians get on board with the campaign.