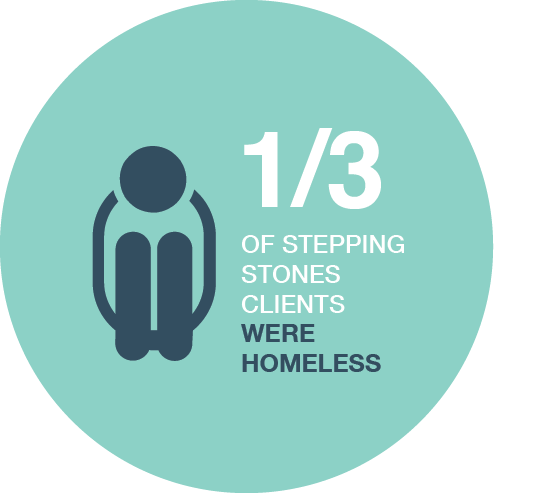 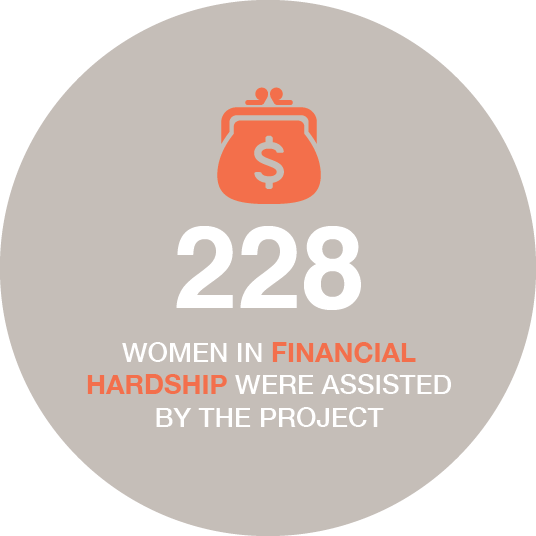 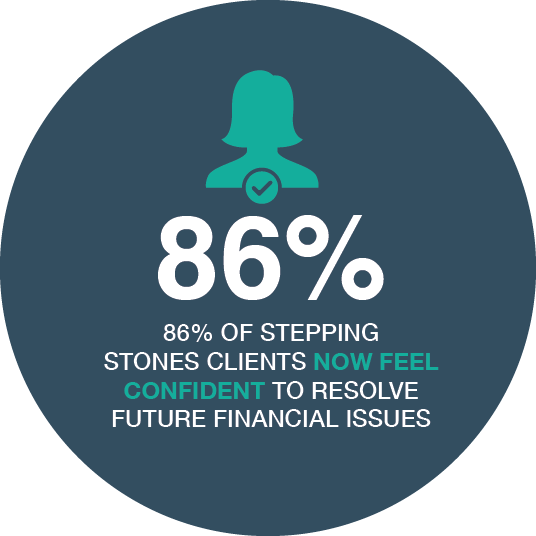 “It was a godsend. Without the service I would be paying my ex-partner’s debts. The service really did everything for me.”

Women’s Legal Service Victoria’s (WLSV) highly successful Stepping Stones project addresses the devastating economic impacts of family violence on women and their children by providing women with integrated financial counselling and legal assistance. Stepping Stones was created in 2014 in response to the high proportion of our clients experiencing economic abuse after fleeing family violence. With funding from the Victorian Legal Services Board, the project worked with 170 Victorian women experiencing family violence and financial hardship.

The outcomes of the Stepping Stones program have been life changing. During the two year period that the program has been operating over $300,000 of debt has been waived for family violence victims. Many debts were accrued by an abusive former partner against our client’s wishes or under duress. Women in the project have also had debt repayments reduced by up to $2000 a month allowing them to start to rebuild their lives.

On 22 September 2015, the Stepping Stones research report that explored legal barriers to economic equality after family violence was launched by Rosie Batty, former Australian of the year and the Hon. Martin Pakula MP, Attorney General. The report uncovered further aspects of financial abuse facing women. It revealed that abusers utilise the legal and credit systems to continue to victimise and control their ex partners. Joint bills and accounts were found to be a major tool of control by perpetrators, with the report finding women are commonly being chased by telecommunications and utility companies for the entire amount of a joint bill or debt after family violence.

The project has attracted considerable media coverage and industry attention.  The Royal Commission into Family Violence final report cited the Stepping Stones report extensively and adopted 15 of the project’s recommendations for reform. We have engaged with banks, telecommunication providers and utility companies to lobby for better policies and protections for women experiencing economic abuse.  In 2016, we assisted the Australian Banker’s Association draft the first family violence guideline for banks. This guideline will result in improved and consistent responses for women experiencing economic abuse.

Stepping Stones has significantly changed the practice of courts, the finance industry and the financial counselling sector in its approach to economic abuse.  Both our project coordinator and our financial counsellor were recognised with industry awards for their work on the program and economic abuse more broadly. Emma Smallwood was awarded the Law Institute of Victoria’s Community Lawyer of the Year Award and Donna Letchford was awarded the Financial and Consumer Rights Council’s Virginia Noonan award.

WLSV secured further funding from the Victorian Government to continue the project’s work in the 2016/17 financial year, providing collaborative financial counselling and legal services to vulnerable women and expanding the project to include a social worker.